Timber Creek Dethroned By Jupiter In 9A Title Game 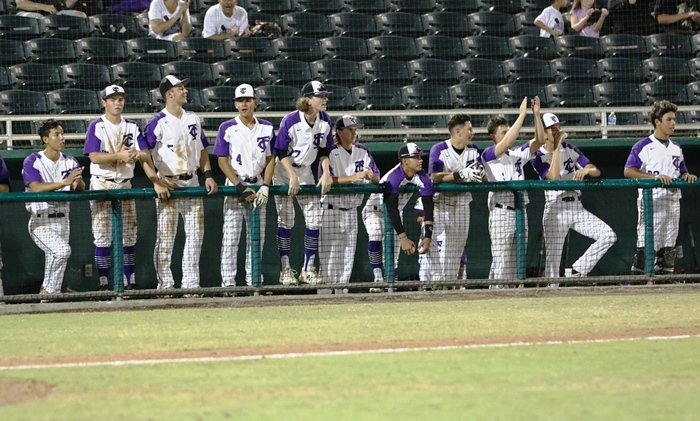 Saturday night’s accomplishment was fifty-three years in the making, but it really was a culmination of a body of work that began for the Jupiter Warriors ever since that first pioneer squad led them to the state tournament back in the 2013 season. Since that time, the program continued to evolve and increase the level of competition and the amount of expectations. A year ago the Warriors returned to states and fell in the semifinals, but every bit of the hard work since proved worth it.

With a fire and drive befitting a champion, Jupiter made an improbable run through Saturday’s Class 9A state Final Four to close the night as the champions of the largest classification in the state. The Warriors erupted for eight runs in the sixth inning to come back and stun the Columbus Explorers in the semifinal game played Saturday morning, then carried that momentum straight through the title game to earn a 6-3 win over Timber Creek that earned them the champion’s trophy.

“It was intense, and after we played these guys last year in the semifinals we knew it would be real intense and they would be gunning for us since we knocked them out last year,” Timber Creek manager Tim Beaman said. “It was a clean-fought game and their pitcher did a real good job early of moving the ball around and kept us down. We had a chance to get out of an inning and we booted a ball, and that kind of opened the flood gates for them. Then we got back in the game, but it just didn’t work out. You have to give them credit with no excuses; they beat us.”

Jupiter manager Andy Mook joked that he is pretty certain his guys did not score eight total runs in the playoffs prior to Saturday’s semifinal outburst. It has been a wild ride that took the team this far, where they earned the right to beat the same team that defeated them and ended their season a year ago.

Perhaps no team knows as well as the Wolves what a tough road it is to win it all. After fighting through to prevail out of a very tough 9A region in Orlando, Timber Creek finally broke through and won it all a season ago. All this year the Wolves had to carry that target on their backs, as every club that faced them gave them their best in an effort to beat the defending champs. 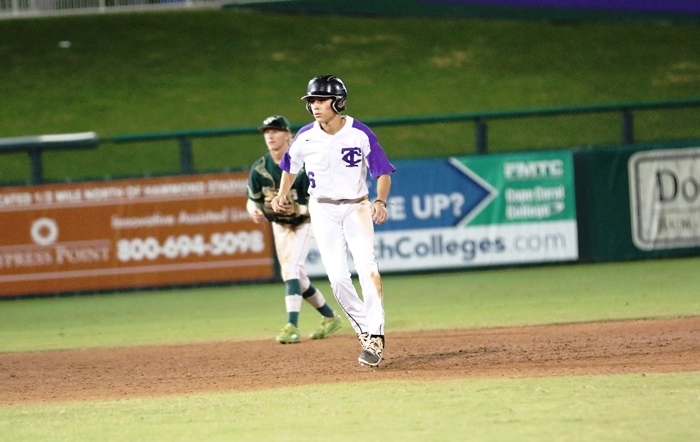 “It’s hard, and they didn’t handle it great at the beginning of the year. But we kept working on it,” Beaman said. “It’s really hard to do what they did, and that is why I am so proud of them. To get back here with the target on our back is big. If we had taken care of business we would have been the first Orlando team to win back-to-back since 1928. It’s been a great two-year run, and it is not over. I’m just proud of the team and where the program is, and it is three of the last four years that we have been here.”

Both sides played to a stalemate through the first two frames. Wolves starter Preston Schumacher and Jupiter starter Mitchell Hartigan both locked in appeared heading into a long pitcher’s duel.

“You’ve always got to be ready,” Mitchell said. “I was ready. I knew I just had to keep the runs as low as possible, and even if I gave up three my team would pick me up. I felt really good in the bullpen warming up, and adrenaline was running so high that I was just trying to bring this win home for my teammates. I knew I had to click fast.”

After the way the Warriors (19-11) swung the bats in the semifinal, it did not take long for them to heat up again. Catcher Logan Etherton set it off with a single to left, before giving way to courtesy-runner Blake Bohlman. Bohlman stole second and Robby Stone walked for another base runner, and Ricky Clark reached with an infield single that loaded the bases. Mitchell then backed his own cause when he laced a liner to third that skipped into the outfield to drive in a pair. Peter Cowley then had an RBI ground out that gave Jupiter a 3-0 advantage.

“It’s always great to have one run for a lead. Three runs is more than enough,” Mitchell said. “I’ve been used to working behind in most games. We played a tough schedule and I pitched against some pretty good teams. But when my team gets on and gives me a lead like that, there is no better feeling.” 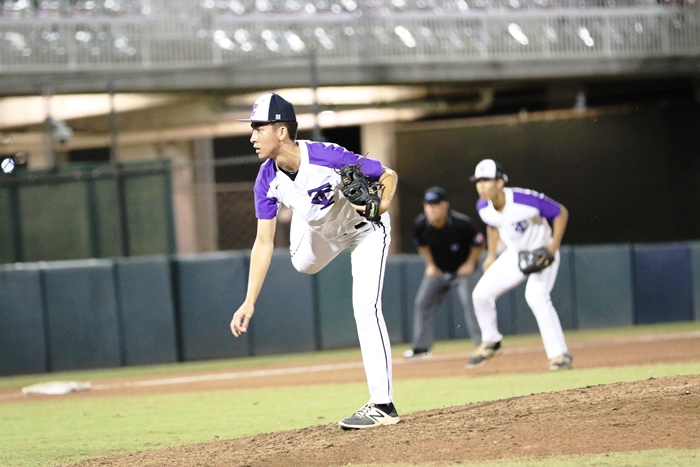 Timber Creek did not let them savor that feeling too long, getting on the board in the bottom of the fourth. Marcos Roque lined a single into the shallow right-center field gap, Parker Smith was hit by a pitch and Parker Wood then lined an RBI double into left field.

“We were looking away and just trying to drive the pitch-count deep,” Beaman said. “We were really trying to get somebody on to make the pitcher go from the windup to the stretch, and he got a little wild after that. So we were able to move some runners around and do some things.”

Jupiter answered back with the deciding runs in the fifth. Dakota Gaillard was hit by a pitch, advanced thanks to a sacrifice bunt from Stone, moved to third on a wild pitch and scored on a passed ball on a third strike that also allowed Clark to reach safely at first. Mitchell followed with a walk and was replaced by courtesy-runner Duane Hoff. Peter Cowley then stroked a double to right field that plated two runners to open things up.

“Their guy came out throwing pretty well,” Mook said. “We had a couple of hits, but he was putting it past us. We knew we were in for a dogfight and we started scraping some things, placed some balls in right areas and then things started coming alive a little bit more. All of a sudden it was 6-1.”

Those runs deemed crucial, as the Wolves (22-8) made another scoring push to respond in the bottom of the fifth. Gabriel Cruz smacked a double to center, Bret Neilan walked and Roque sent a liner deep into the left field corner for a double that drove in both base runners.

With the defending champs making that final push, the Warriors were forced to respond. The pitching and defense tightened up, with defenders eagerly charging at balls hit their way ready to make the plays. Junior reliever Chuck Fishbaugh took over to close out the final two frames, recording a pair of strikeouts while retiring the final six Wolves in order.

“We have a never-quit attitude,” Clark said. “We don’t look at things in a negative way. We just scrape and we scrap; we’re a gritty team. We play to the end.”