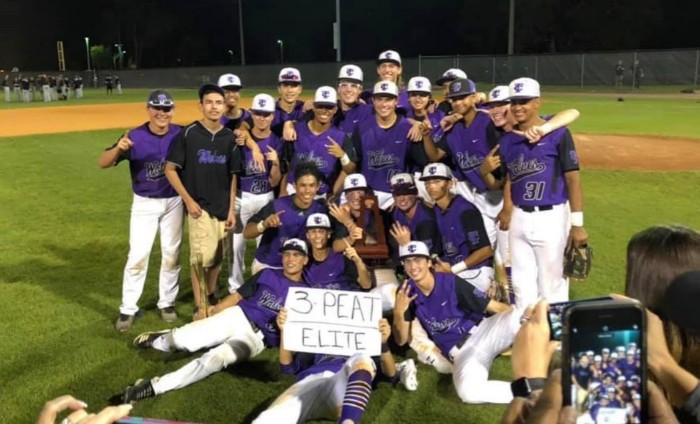 For the third straight season the Timber Creek Wolves are champions of 9A District 6, after they held off the Winter Park Wildcats with a 12-8 victory in Friday’s district championship. Timber Creek (22-5) advances to host the Ridge Bolts in next weeks’ regional playoffs, as the 2017 9A state champions looks to parlay the title into a third straight trip to the state tournament.

Winter Park also advances to the regional playoffs, as the Wildcats will travel to take on the 9A-5 champion Osceola Kowboys.

Timber Creek overcame a huge deficit by scoring four runs in each of the fourth, fifth and sixth innings on Friday night. Both sides waged an offensive shootout, combining for 20 runs on 19 hits.

The Wildcats (18-9) erupted pout of the gate to take a 7-0 lead after two innings. Adrian Lucre got the scoring started in the first with the first of two doubles he had on a big night in which he went 2-for-4 with a run and five RBIs, and Gaines Cash followed with an RBI single. An inning later Chris Pizarro added an RBI double and Lucre delivered another double with the bases loaded that cleared the bags and plated all three base runners.

Timber Creek began its furious comeback by cutting the deficit in half in the fourth, as Cole Nelson, Gabriel Cruz, Ramses Cordova and Javier Crespo all had RBIs in the inning. The offense went right back to work the following frame, as Andrew Spolyar collected one of his three hits on the night and then scored when Shady Farah clubbed a two-run home run that pulled the Wolves within a run. An RBI double from Cruz evened things up and Cordova supplied the winning run with an RBI double of his own.

The Wolves added four more insurance runs in the sixth to cement the victory.