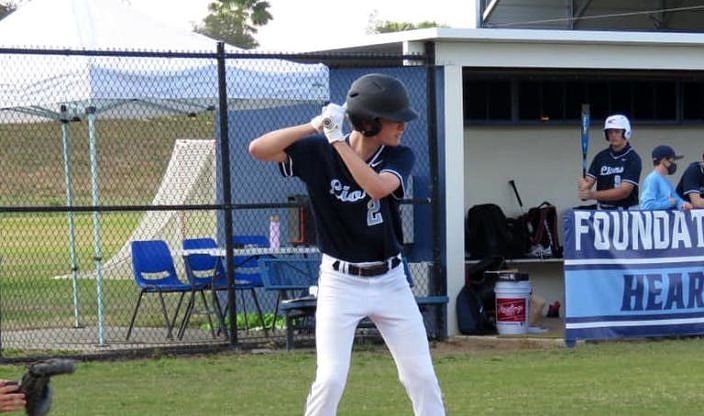 Freshman Luke Ranaudo scored twice as the Foundation Academy Lions improved to 6-0 with another big victory on Tuesday afternoon. *Photo from @faathletics.

The Foundation Academy Lions have been on far offensively to start the 2021 baseball season. Tuesday afternoon that blaze set upon the Crooms Academy Panthers, a 14-1 victim as the Lions improved to 6-0 on the year.

Foundation Academy has outscored its opponents 84-15 so far this season. All but one win has come via the mercy rule.

Sophomore Braden Holcomb has led the charge, and he continued that on Tuesday. The Vanderbilt University commit went 2-for-4 with three RBIs and three runs, and Foundation Academy scored ten runs in the opening inning to run away to victory.

Holcomb leads the team in nearly every offensive category. Through six games he is batting .579, going 11-for-19 with seven walks. He has 16 RBIs and 15 runs, with two doubles and four home runs. 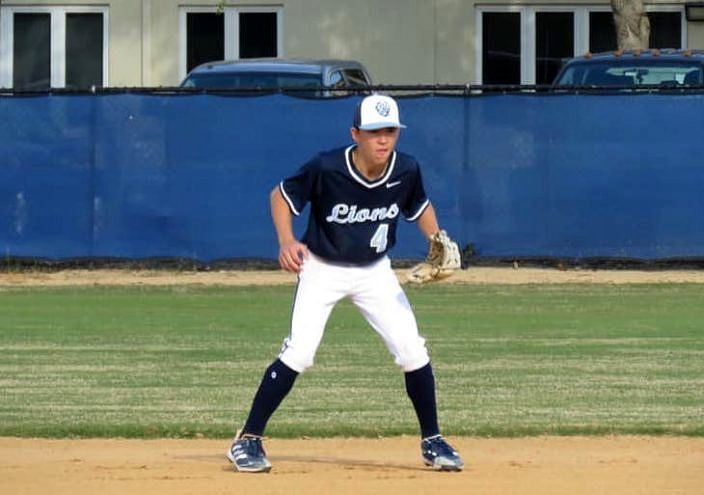 Freshman infielder Jonathan Bosque had an RBI and a run for the Lions. *Photo from @faathletics.

The right-hander also has two appearances on the mound, with a 0.00 ERA and a save. But it’s hard not to focus on anything other than the sizzling hot bat he is swinging.

Nor is Holcomb the only Lions slugger off to a hot start. Six starters have a batting average of .400 or better. and already it seems as though every member of the team has established their role and shown what they are best at.

Junior Tommy Guidice also had multiple hits against Crooms Academy, going 2-for-2 with a double, a walk and two runs. Nathan Andrews was 1-for-4 with two RBIs, while Luke Ranaudo, Rylee Gibson and Trey Smith each scored two runs.

Matthew Dunlop tallied the lone run for the Panthers (1-3), going 1-for-2 to also account for one of his team’s two hits on the day. Ethan Richards was also 1-for-2 to connect for the other.