Foundation Academy Sends Off Its Senior With A Big Win 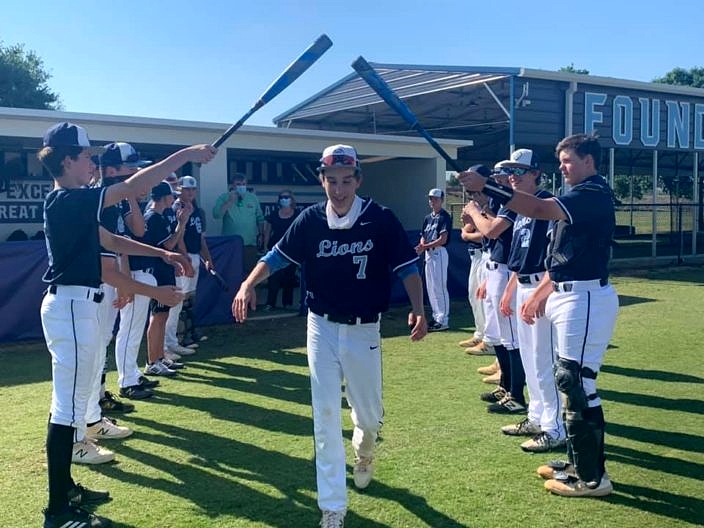 Senior Kyle Marquart is given a proper sendoff salute as part of Foundation Academy’s Senior Night on Tuesday. *Photo from @faathletics.

The Foundation Academy Lions have just one senior on the 2021 roster, so for Tuesday’s Senior Night the spotlight was all on senior Kyle Marquart. Following a tribute ceremony before the action, Marquart then went out and pitched a complete-game shutout for a 15-0 win over the Orlando Christian Prep Warriors. The Lions (10-8) bounced back following a tough loss to Geneva their last time on the field.

Marquart tossed four scoreless innings, allowing a hit and two walks while recording six strikeouts. The right-hander improved to 3-0 on the year, while lowering his ERA to 0.37. It is his second complete-game shutout of the season.

The Lions got a pair of runs in the first to grab the lead, before opening things up with five runs in both the second and third innings. Luke Ranaudo led the way by going 3-for-3 with a double and three RBIs, and Will Ford was 1-for-3 with four RBIs and a run. Nathan Andrews walked four times and scored each time, and Braden Holcomb was 1-for-1 with three walks, two RBIs and three runs.

Senior shortstop Miguel Rivera recorded the lone hit on the day for the Warriors (2-9). 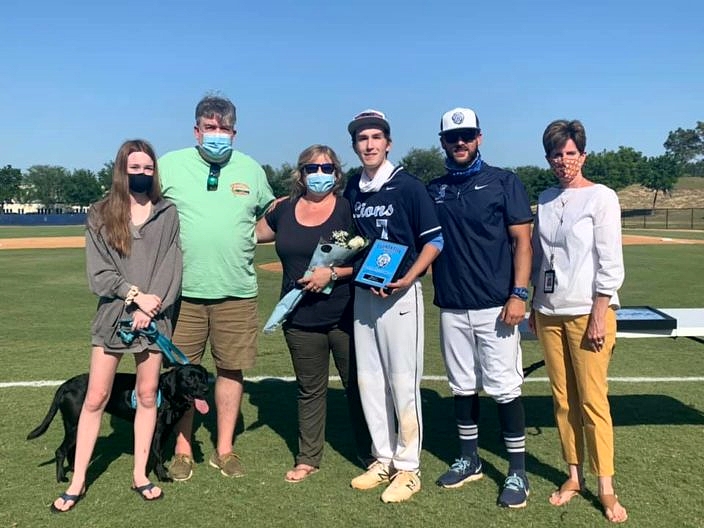