The First Academy Advances To The State Championship 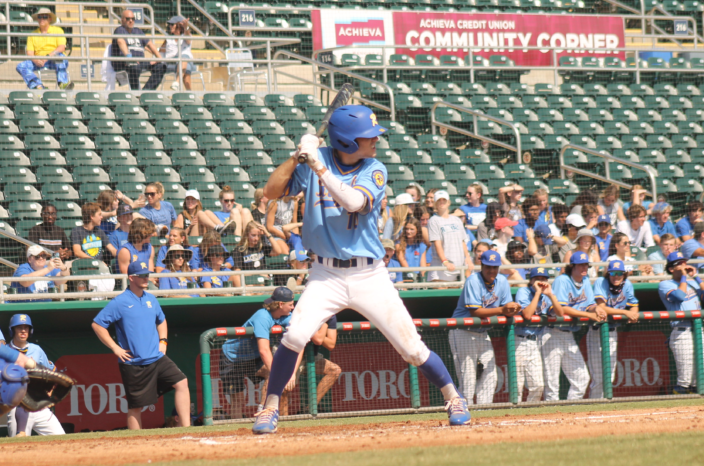 Nathan Seeber bats in the first inning for the Royals.

The First Academy Royals delivered an inspired performance to earn a 2-1 victory over the Bolles Bulldogs, in Monday’s Class 3A state semifinal at Hammond Stadium in Fort Myers. The Royals scored both runs early on and then held off the feisty Bulldogs the rest of the way to advance to Tuesday’s state championship.

First Academy (29-1) will face the Westminster Christian Warriors in Tuesday’s state championship. The Warriors (23-7) advanced with a 3-0 win over the John Carroll Rams in Monday’s other 3A semifinal.

“What a game!” Royals Manager Scott Grove said. “Both teams just played really, really well and it was great high school baseball. We’re just fortunate that we came up on top. We’re so excited to play for the state championship. This is an opportunity that doesn’t come along very often in life, and just like we told them before we left, we want to take full advantage of the opportunity that is given to us. We’re going to go get it.”

The Royals are competing in the state final for the first time in program history. The team won its first state semifinal game ever, after reaching the Final Four just once before back in 1997.

Facing off against an established yearly contender in the Bulldogs (25-5), First Academy came out aggressive on offense. Players attacked the pitches and did not let quality offerings go by, and once on base they were just as aggressive in running the bases and adding more pressure. 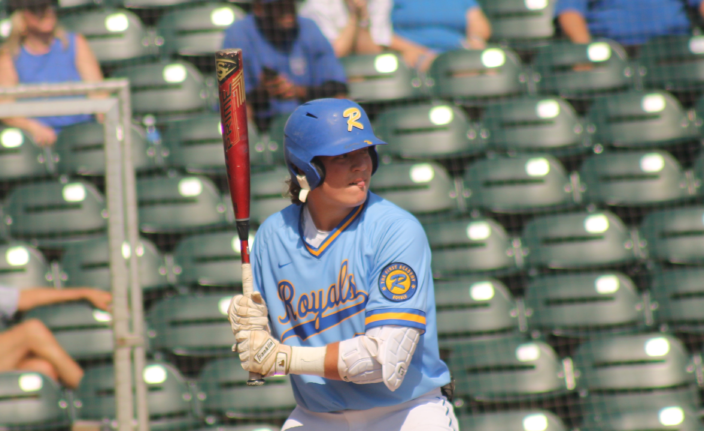 The Royals were aggressive at the plate, hunting fastballs and swinging with confidence.

“We talked a lot about it. We just wanted to come in and play under control and relaxed and do what we’ve been doing all year,” Grove said. “We had an approach at the plate where we knew we were going to try and attack fastballs. We knew were going to see a possible First or Second Round MLB pick out there today, and he did a great job.”

Facing Bolles senior ace Jackson Baumeister, hits were at a premium. The Royals got to him early in scoring both runs in the bottom of the second, before the senior right-hander settled in and held the rope with four scoreless frames that kept his team in it to the very end. Baumeister struck out 10, while allowing two unearned runs on six hits and a walk.

“Early on, I didn’t have a lot of my offspeed stuff,” Baumeister said. “I was struggling a little bit with the secondary pitch command, and they were kind of sitting on the fastball. They were able to get a couple of hits off of it and were able to score the two runs early. Later in the game I started to have more feel for the pitches, the curveball and the changeup, and I was able to get out of some jams late in the game. I just couldn’t get it done today.”

First Academy’s Trent Kelly reached base off an error with one out in the second to start the scoring rally. Baumeister responded with a strikeout, but then Jayden Bastian was hit by a pitch and a wild pitch followed that advanced both base runners into scoring position. Greg Pettay drove a base hit into left field to drive in both runners for the 2-0 lead.

“I knew coming up for my at bat with two outs, it was my mindset that I didn’t want to go down striking out or anything. I just knew I had to do a job,” Pettay said. “I was sitting fastball the whole time. It feels great.” 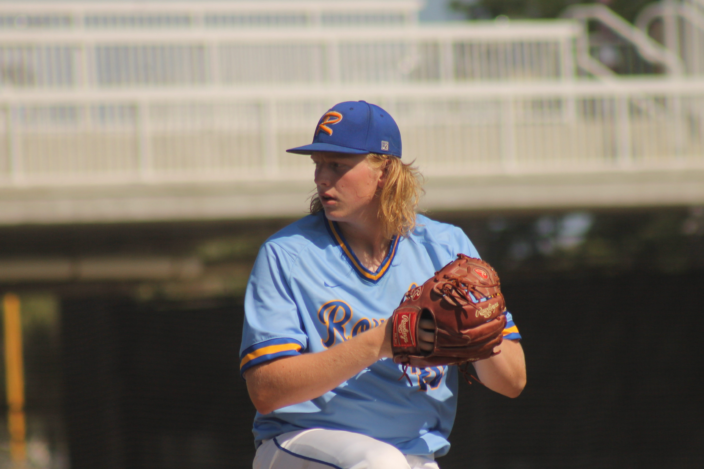 Isaac Sewell delivered a complete-game victory with seven strikeouts to lead the Royals on the mound.

The sample of run support proved to be enough for Royals starter Isaac Sewell, who went the distance on the mound to earn the victory. Sewell scattered five hits and three walks, while striking out seven. The early run support helped him settle in and go the distance for his sixth complete game of the season.

“I trust these guys getting runs for me every single day of the week,” Sewell said. “They have just shown me over and over again that they’ve got me. These are my brothers and I trust them with my life. I can’t let myself get tired, because I know that I have to keep composure and keep on pitching. My pitches were on and off, mostly off there at the end. I battled and they had some amazing hits off of me.”

The Bulldogs began to string together at bats late in the ball game. Tanner Zellem led off the top of the sixth inning by scorching a double to the left field warning track, and Khadin followed by lining an RBI single to right field to cut the deficit in half.

The Royals were aggressive on the bases early on to put more pressure on the Bulldogs.

But the Royals defense was there to back their pitcher and minimize the damage. Second baseman Matthew Perez made an incredible leaping catch on a liner, and then he doubled off the runner at first to clean the bases and completely redirect the momentum. The very next play he dove out, snared a grounder and made the throw to record all three outs in the inning himself.

“I didn’t get my bunts down, so I just had to lock in and make a play and at least do something to contribute,” Perez said. “I just jumped and I came down with it, and doubled them off. Then I was just thinking to be ready because the inning is not over, and it came my way. The confidence just goes up all the way and you are hyped in the moment and the fans are just cheering you on and it’s a good feeling.”

The Bulldogs threatened one last time with two outs in the seventh, as Burke Steifman singled to center to keep hope alive. But a fly ball to left field fell into the glove for the final out that sparked the Royals celebration. The team embraced together by the dugout, while their hordes of fans showered their approval down upon them.

“It felt amazing,” Khadin Bastian said. “Honestly, our fans get us through most games. They hype us up and cheer us on. So it felt really good. But we still have one more game, so we can’t get too happy. We’ve still got to get that ring first.” 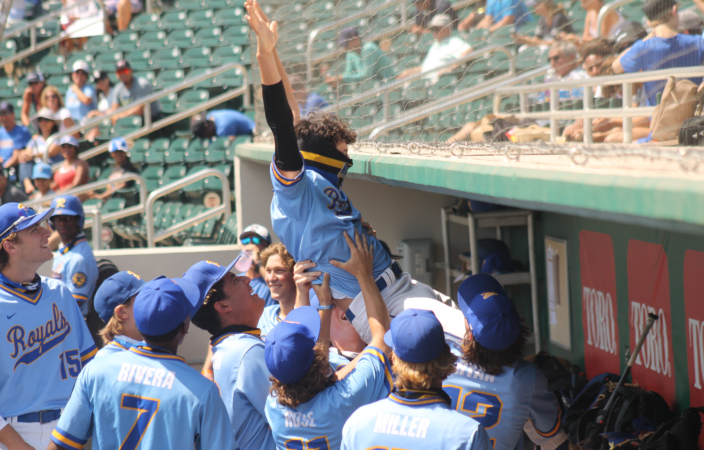