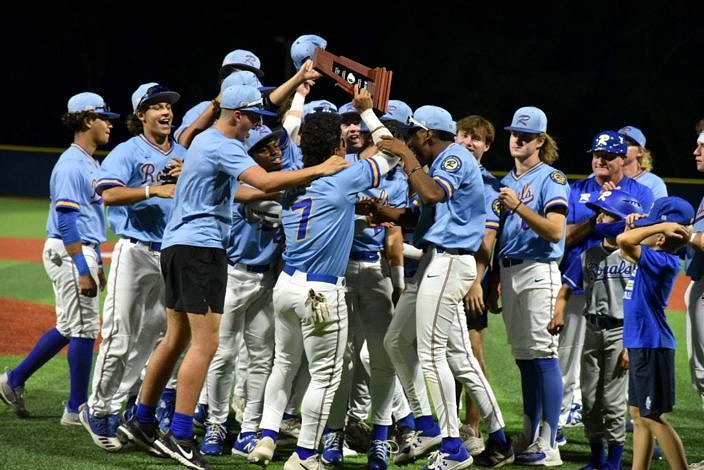 The Royals celebrate as they receive their second consecutive district championship trophy.

The First Academy Royals left no question who is the champion of District 3A-9, with a dominating, 10-0 victory over the Windermere Prep Lakers in Thursday’s district championship. The Royals (24-3) claim their second consecutive district championship, and third in the past four seasons, after winning the 2019 title.

The cancellation of the 2020 season due to the global pandemic ended all such streaks. But now the defending state champions have a new streak underway, with the goal set to make it a winning streak at the state tournament as well. First Academy has won 10 straight since dropping 3-of-4 games midseason for all of their only losses this year.

“Our boys had a little bit of a hiccup up in Cary, North Carolina. But they have been locked in every since,” Royals Manager Scott Grove said. “We’re going to try and make another run at it.”

Ben Barrett showcased plenty of the pitching arsenal the team has in leading that charge, as the senior right-hander delivered a no-hit performance in the title game. Barrett struck out six in five scoreless innings, allowing no hits or walks, but Colin Thacker was hit by a pitch to break up the perfect game bid. 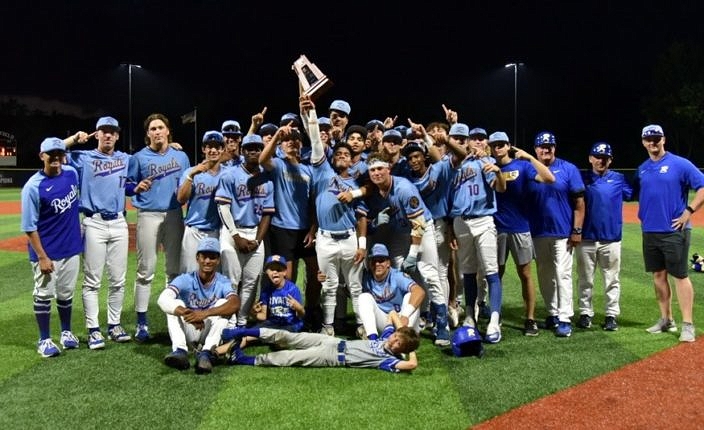 The 2022 District champion 3A-9 champion The First Academy Royals.