Foundation Academy Falls In 2A-7 Final, Advances To Regionals 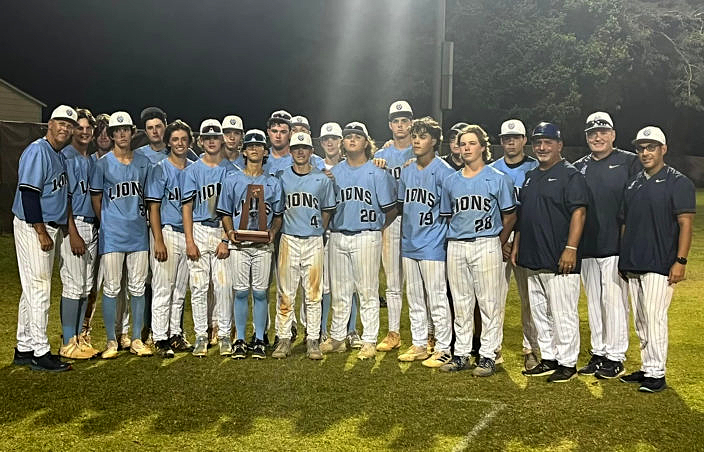 The Foundation Academy Lions finished as the District 2A-7 runners-up following a close loss to Santa Fe Catholic on Thursday. *Photo from @faathletics.

The Foundation Academy Lions saw their district title hopes dashed away by a late-inning comeback on Thursday, as the Santa Fe Catholic Hawks rallied for three runs in the top of the fifth inning for a 4-3 victory in the District 2A-7 championship. The Hawks (17-10) earned the automatic bid and will serve as hosts in the opening round of the regional playoffs.

Thankfully, the highly-ranked Lions (18-7-1) also received a playoff berth, and they will travel to take on the Brevard HEAT (7-10-1) in Wednesday’s regional quarterfinal. Foundation Academy was 8-5 on the road this season.

The Lions scored a run in three consecutive innings to take control early on. Junior Braden Holcomb continued to pace the offense as he has all season, going 3-for-4 with a double and a home run on Thursday. Freshman Rylee Gibson also had a big day, going 2-for-3 with two RBI, and sophomore Luke Ranaudo went 2-for-3 with two runs.