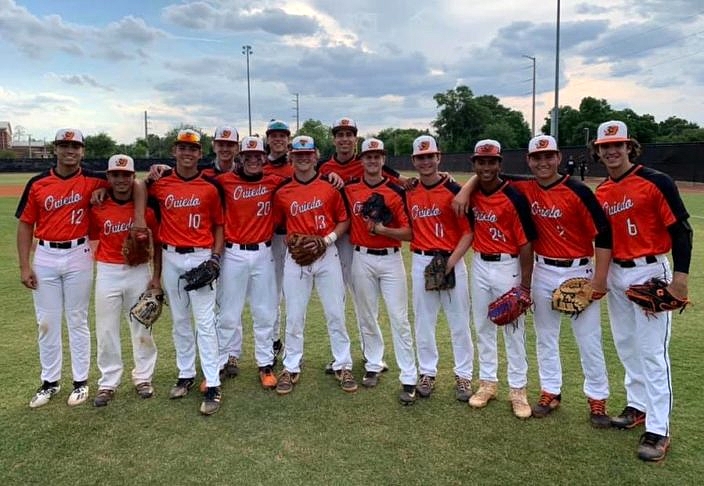 The Oviedo Lions recognized the 12 members of the Class of 2021 prior to Friday’s win over the Seminole Seminoles. *Photo from @OviedoHighSchool.

With such a large group of seniors to recognize, the Oviedo Lions took notice to send them out in style during Friday’s Senior Night celebration. The Lions paid tribute to 12 seniors with a ceremony on the field prior to the action, and then they capped the night off with a 4-2 win over the Seminole Seminoles.

The 2021 Oviedo senior class has set many examples in its time, but most of all is the example of their perseverance. The Lions (14-8) took a losing record into a difficult, midseason Spring Break tournament and turned things around by going on a tear. Oviedo has won nine of its last eleven games and has played solid, consistent baseball under first-year Manager Andy Lyon.

As often is the case on Senior Night, the home team carried that energy into the start of the action. The Seminoles (11-8) capitalized before the Lions could settle and focus fresh off the celebration by grabbing a 1-0 lead in the top of the first, as Andrew White walked, stole second and scored on an RBI ground out from Quentin Graves. But Oviedo answered right back with three runs in the bottom of the first inning to take the lead and never look back.

The three runs in the first proved to be enough for the difference. Kade Faircloth singled with one out and Eric Day followed with a double to left field that put both seniors in scoring position for Daniel Baez, who delivered with a double to left that plated them both. Senior Michael DiLella then came through with an RBI single to center to make it a 3-1 advantage. 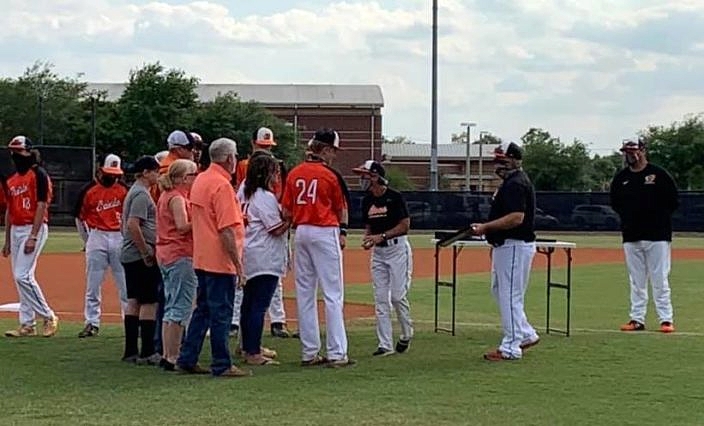 The Lions coaches and players recognized each senior individually as part of the ceremony. *Photo from @OviedoHighSchool.

Seminole junior Mason McDaniel held the rope from there to give his team a chance at a comeback. The left-hander posted five consecutive scoreless frames, allowing just one more run when Baez connected for a solo home run in the bottom of the sixth inning that closed out the scoring. McDaniel allowed seven hits and struck out six while going the distance on the mound.

The Lions used a senior-led stable of hurlers to get the job done on the hill. Senior Diego Diaz earned the win, after making the start and going the first two frames. Senior Andrew Doss followed with two scoreless innings, and Brady Buckman and Jackson Geim each recorded two outs in relief. Junior Brandon Burns came on to quell the Seminoles’ final rally bid, and he picked up the save by recording the five final outs.

The Seminoles got within a run again to make it a 3-2 ball game in the top of the sixth, in their final rally bid that fell just short. Patrick Fink led off with a double and Pete Glazar drove him in with an RBI double on a liner to left. That prompted the call to the bullpen for Burns, who induced a pair of pop outs to escape the threat with the lead intact.

Daniel Baez then got that run right back, and he was 3-for-3 with three RBIs and two runs to lead all hitters. The junior was the only player on either team to record multiple hits.